There’s no getting around it, for a multitude of reasons 2016 was a pretty dreadful year. However in amongst the gloom, there was still a great deal of fantastic music being produced. As per my own strange yearly ritual, I have once again run through my iTunes library grabbing my favourites and collected them all together in a playlist on Spotify. Hopefully there might be something in there that you like too!

2016 was also another great year for me musically, I released my second instrumental album, Falling Dust and provided a great deal of music to the soundtrack of the film, The Amiga Years.

So aside from my own releases, what were my musical highlights for 2016? I have put all my favourite songs into a Spotify playlist below, so you can have a listen yourself:

That should keep you all going for a few hours, well 9 hours 8 minutes to be exact!

There are a few albums from 2016 that I though I would single out.

Christine and the Queens – Chaleur Humaine

A big thanks to my friend Rohan for bringing this amazing artist to my attention. I really love the minimalism of the musical arrangements and how the instrumentation is simple and yet so effective. It’s quirky, odd and most of all, downright catchy. A strange mix, but one that is so refreshing in music right now. Fantastic live performances too! I can’t wait to see what comes next.

I have loved Bon Iver for a long time and was very excited about this album coming out. I really liked the first single, 22 (OVER S∞∞N). However when the album came out, apart from one or two songs, I actually found it very difficult to get into. The songs are very weird and generally don’t follow a traditional song structure. The production is also very odd in places with lots of distortion, audio dropouts and weird effects. However I persevered and kept listening to it over and over again. Slowly but surely I grew to love it a great deal. Sometimes music grabs you straight away and sometimes you really have to work at it. I’m so pleased I stuck with it as I now love this album very much indeed.

“Cause the days have no numbers.”

The 1975 – I Like It When You Sleep, for You Are So Beautiful yet So Unaware of It

I’ve liked The 1975 ever since their very first EP came out and it wonderful to see them continue to make brilliant music. I’m particularly pleased that on their second album they have included more of the ambient tracks that I liked so much on their early EPs. These tracks work really well interspersed with the full on pop bangers that have got them played all over the radio this year. The also seem to be become quite a formidable live band as well, which has come from putting in the effort and touring relentlessly all year. Very exciting to see what the future holds for them.

“No, I don’t want your body. But I’m picturing your body with somebody else.”

Bat For Lashes – The Bride

What a talent Natasha Khan, aka Bat For Lashes is. On her third album, The Bride, she ventures into the land of the concept album. This is something that can sometimes strike fear into people’s hearts, but fear not, this is a wonderful album. The album tells the story of a bride left waiting at the church when her husband to be is killed and everything that follows afterwards. The album starts very simply with the track I Do, which simply features her singing along with just an Omnichord (my current favourite instrument, thanks to eBay) for accompaniment, which is absolutely beautiful. The album then takes you on a journey of grief, regret and love. Not many people are making records as bold as this at the moment, so fair play to her, it’s a wonderful album.

“He saw angels at his bedroom door, and a body on a checkered floor.”

For those that know me personally, I’m sure that it is no surprise to see me recommending some Icelandic music here. I am deeply in love with Iceland and it’s music scene is just one of the many awesome things about it.

Ólafur Arnalds is one of my favourite musicians. You may know of him because of the soundtrack he did for the TV show Broadchurch. On Island Songs, Ólafur toured Iceland for seven weeks recording in seven very different locations. Along the way he collaborated with local artists to create and perform a new song each week, with the resulting seven songs being collected together to make the album Island Songs.

It is a wonderful album with beautiful music that has managed to capture the special feeling and atmosphere Iceland has, which is one of the things I feel in love with. I highly recommend watching all of the seven videos for the album as they show the amazing locations, settings and people that each song was recorded with. You can find all the videos here.

“I know that I am swallowed in sea. We collide, colours that devour me.”

Ingrid Michaelson – It Doesn’t Have to Make Sense 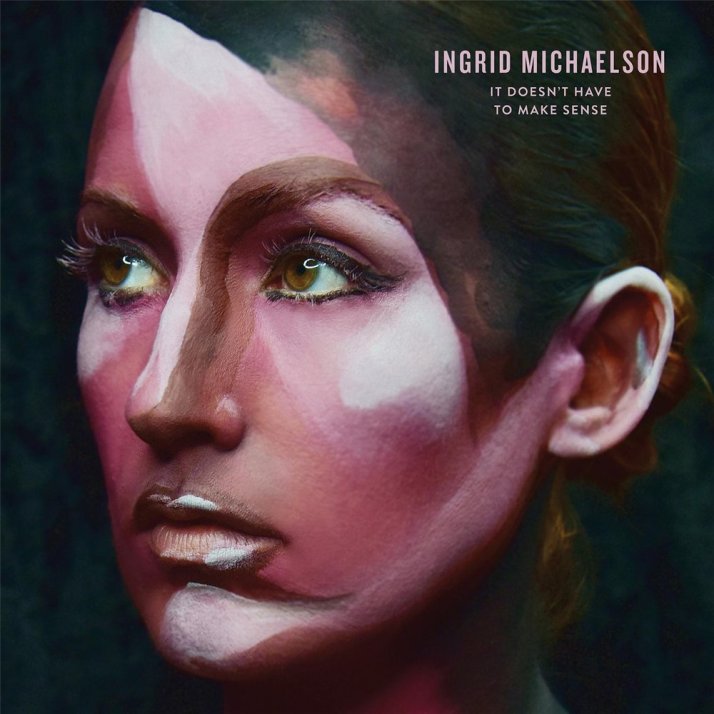 Ingrid Michelson is a fantastic American singer/songwriter and It Doesn’t Have to Make Sense is her seventh album. I’ve been a fan of her’s for years, even since my wife got me into her when her 2009 album, Everybody came out. I never failed to be amazed at the quality of her songwriting, the production and her amazing voice. There are some darker themes and subject matter on this album and it is very moving in places.

“Well, you’re not what I was looking for.”

Oh, I’ve been dreading having to write this.

It’s fair to say that I’m a big David Bowie fan. Seemingly all my life, he has been part of the music I have heard around me. One of my earliest memories is watching the Ashes To Ashes video on Top of the Tops. After that I remember hearing Let’s Dance  Modern Love and then watching his performance at Live Aid (also featuring one of my favourite musicians, Thomas Dolby on keyboards).

At some point someone lent my brother a copy of the (critically mauled) Glass Spider tour on VHS. Despite the dodginess of the haircuts and clothes proudly on display during that tour, it was through watching that video that I first heard songs like Time, “Heroes”, Rebel Rebel, Fame, Fashion, Big Brother, Young Americans and The Jean Genie.

When my big brother bought himself a copy of the 1990 compilation Changesbowie, I was all over it! I couldn’t believe how different all the songs sounded. They sounded so out of place and yet somehow seemed to also define the periods from which they came. Through this I was able to go back and explore all of these fascinating albums that Bowie had made over the years, with Diamond Dogs, Low and Young Americans being particular favourites.

Through the years I continued to buy each of the albums he made and never stopped being impressed by his ability (and need) to keep exploring and experimenting. Particular favourites over the years include the Black Tie White Noise, Outside and Heathen albums.

When he disappeared from view for 10 years, I thought that he must have retired and that would probably be that. So the surprise release of The Next Day in 2013 was a wonderful moment. It was a cracking album too and it was really fantastic to see so many people interested in David Bowie again.

When Blackstar was announced I was so pleased. Coming only a few years after The Next Day, I thought Bowie must have hit a new creative streak and we might get lots of new albums coming over the next few years. Sadly, as we all know, that was to be that.

In some ways it does seem to be fitting for an artist such as Bowie to go out like this, as Blackstar is an absolutely incredible album. It’s difficult to listen to it without thinking what must have been going on in his head as he wrote these songs and words, but I’m sure that is what he wanted. For someone who spent his whole life conjuring up characters and voices for his songs, he choose to be himself at the end in order to show us all how honest an artist he always was. What a way to go.

Bowie gets two videos because he was amazing…

“I can’t give everything away.”