I’ve been lucky enough to visit Iceland twice over the last year. It’s a beautiful country full of incredibly friendly people. To be honest, I don’t think it will take much to come up with an excuse to visit again at some point in the (hopefully near) future. (Note – It didn’t!)

One of the many things that it is great about Iceland is it’s fantastic music scene. Considering what the population of Iceland is, the sheer amount of music produced by Icelandic artists is amazing. I thought I would share a few of the great albums and artists that I cam across, mainly thanks to the excellent record shops in Reykjavik.

Before you even arrive in Iceland, your are already hearing Icelandic music. Each year a compilation album of music is put together by Icelandair employees as a series of albums called Hot Spring. These are played on the airplanes before take off and after landing and are also available to buy all over the place in Iceland.

The Hot Spring albums are fantastic. I have Askja and Kerið, which are the third and fourth albums in the collection and I have discovered many great artists because of them.

There is a great record shop called 12 Tónar in Reykjavik. When we visited they were playing the song Nobody Loves Me Like You from the album O by the band Low Roar.

I liked what I heard so much that I bought their previous eponymous album, Low Roar as well.

When I mention Icelandic music, most people’s go-to artists are usually Sigur Rós. They are a fantastic band and they have made some of my favourite of the last 10 years or so. I created a playlist of Icelandic music to listen to in the car as we drove around Iceland and it’s certainly fair to say that there was a lot of Sigur Rós on it.

Their music is often soaring and epic and is a perfect match to the breathtaking scenery that Iceland has to offer, but at other times is is gentle and quiet. I particularly enjoyed the song Heima, which is from their film of the same name.

I also really enjoyed the solo album called Go made by Jónsi, the lead singer of Sigur Rós.

In fact I became quite addicted to the track Go Do.

The other Icelandic act that people have usually heard of already is Björk. She has been making music for a long time. Her first album came out in Iceland in 1977 when she was 12 years old. I have been a fan of her’s for a long time now. As we were driving around Iceland, I was really drawn to some of her earlier albums again, such as Post and Homogenic. 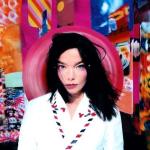 The song Jóga was a particular favourite.

I came across Ásgeir because of his song Torrent that was song of the week on iTunes. I really liked the song and subsequently bought the album In the Silence. It’s a fantastic album and it was great soundtrack to drive around Iceland to.

I was a big fan of the band Leaves because of their first album Breathe from 2002. I bought their most recent album See You In The Afterglow, from 2013, when we were in Iceland. I didn’t even realise it was the same band until I played the record and suddenly put two and two together. It’s a fantastic album and it made me go back and listen to their earlier albums too.

I can’t wait to see what music I find the next time we go back to Iceland.